What Way Should My Ceiling Fan Turn During Summer? 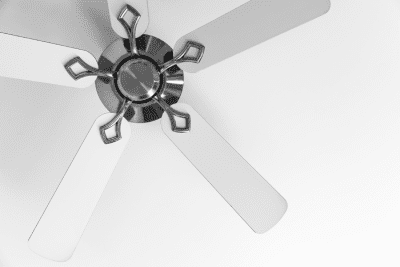 A ceiling fan is a great tool to help your Lincoln home feel cooler during the summer. To make the most of this tool, though, it’s important to know how to use it properly. Many people don’t realize that there are a few tricks to properly and efficiently using a ceiling fan. After you read this guide from Maverick Electrical Services, though, you’ll be a ceiling fan pro.

Many people are surprised to learn that ceiling fans can turn both clockwise and counterclockwise. While both directions are useful for various times of the year, you want to be sure that the fans in your home are turning counterclockwise during the summer. When a fan spins in this direction, the angled blades can more effectively move the air in a room so that you feel cooler.

When to Use a Ceiling Fan

Using a Ceiling Fan During the Winter

Thanks to a ceiling fan’s ability to rotate in two directions, you can also use your ceiling fan during the winter. By changing the fan to a clockwise rotation, the fan will take the warm air that’s near the ceiling and send it throughout the rest of your home. Using a fan in this way can change the temperature of the room, meaning you’ll be more comfortable and won’t have to use your furnace as often.

Keeping You Cool This Summer

No matter how you choose to stay cool this summer, the pros at Maverick Electrical Services have got you covered. We can install ceiling fans and install new electrical outlets so that you have power for other types of cooling devices. Plus, we can repair lights, and much more. With countless five-star reviews to our name, you can be confident in our ability to deliver on our promises. To learn more about using a ceiling fan, contact us at Maverick Electrical Services today.